Meet the work of Jacqueline Frances, better known as Jacq The Stripper. As you may have guessed, Jacq has one of those day jobs that most likely takes place at night. Through this job, that she performs proudly, Jacq comes across several unique people, scenarios and opinions that she has transformed into multiple amusing comic strips for our blessed viewing pleasure. The main theme of the drawings are challenging the societal shame around stripping; attacking the male psychology around it, the contradictory overlaps between the patriarchal and feminist view of stripping, a few choice quotes and some honest-to-God functional life hacks for the craft. With a bit of sexy, and a lot of sassy, Jacq the Stripper takes targeted shots at the taboo of stripping and the assumed disposition of women (and men) that do it. And she’s making some great points, some funny pictures, and published literature for your purchasing pleasure while doing it. 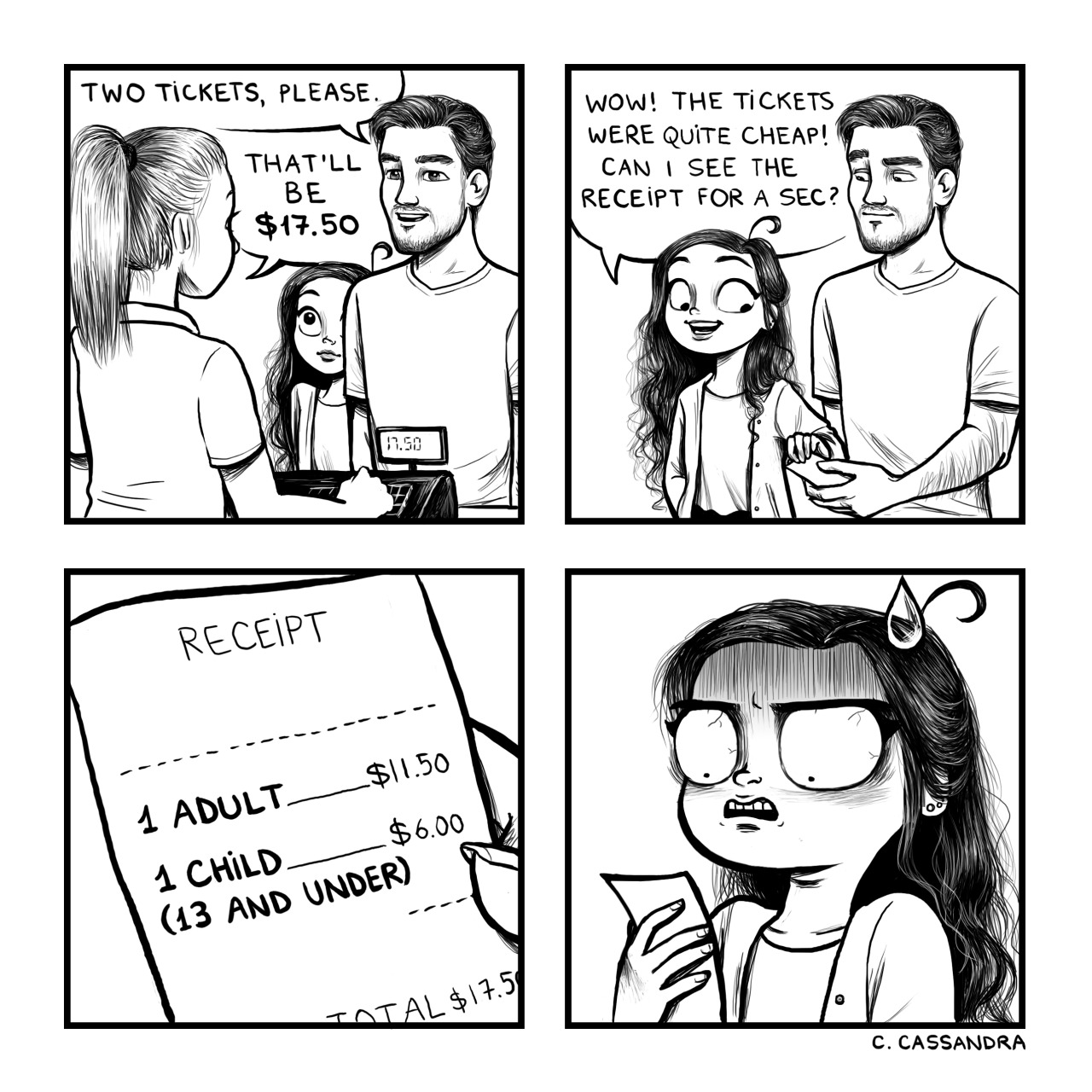 Romanian Canadian artist, C. Cassandra, creates severely amusing comics poking fun around the hangups of everyday life. Sometimes around the struggles of being a woman, sometimes around the struggles of making a phone call. The main through-line being a deceptively sharp sense of humour, and an adorable drawing style. Click the pic (or here) to check out her comics as well as links to all her socials. And get this, she made a book!

Images anxiety, beauty, c-cassandra, Cassandra Calin, comics, eating, female, Her drawing style is brilliant and pure and I'm only really posting this to remind myself I should learn from it, laugh it off, obsession, problem, relaxation, web comics, woman

“-Comics and hip hop share a common narrative: they’re all about the underdogs struggling, striving and persevering against overwhelming odds.” Not to mention they both know their way around a shootout.Over the years, Marvel have re-imagined a helicarrier’s worth of classic hip-hop album covers with their iconic characters. Click the picture to see them. Although since I couldn’t find a single site that held every revised artwork and a side-by-side with the original album cover, I’m just going to link a few sites here and here and here. Enjoy.

Images adaptation, album cover, art, comics, hip hop, images, Marvel, Rap, Sometimes I say I knew something before I post it but this time I've only just heard about this

Art should never have to apologise for being art. Sometimes it’s provocative, unabashed and liberated. And yes, sometimes it doesn’t know when to put some trousers on.

Jago Dibuja‘s drawings some may describe as “risqué”. Some may them describe as evidence of a healthy appreciation of the human body. But just because this Spanish artist’s work may show more skin that a KFC bargain bucket, doesn’t mean the deliberate skill in his line work, his graceful shading and his glow-strengthened black outlines is something to be taken for granted. His craft is one that’s been well developed. And though I know nothing about this artist, I’m 100% confident I’ve used the correct pronoun.

Click the link to look through Jago Dibuja’s site where he posts regular fan art sketches of various gaming, comic and original characters, both in basic shading and full colour. Also check out his comic series, Living with Hipster Girl & GamerGirl, following the awkward life experiences of 2 women, Sophie (the hipster) & Erika (the gamer) living with their male friend, Artur. Other friends Elly (a nervous purple haired pre-teen) and Clara (a faux-feminist with a bat) habitually join the fun, in a world where loose fitting, underwear exposing jeans and at least 75% of your cleavage on display is seemingly a government requirement. Suffice to say, Artur’s life is like the 5 minutes after the first 5 minutes of every hentai, as told through 1 or 2 comic panels. And he even offers them in Spanish AND English. Now isn’t that thoughtful.

You’ve seen the Death Battle, the rap battle, and more than a decade’s worth of fanart, but let’s face it. We’ll never stop wanting to see who’d win in a fight between Goku & Superman.